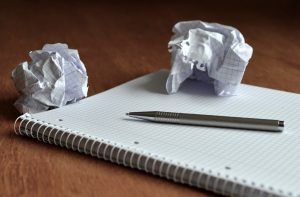 As much as I get frustrated with some of the things I edit, my current job is teaching me a LOT about where people fall short in being able to communicate well in writing.
Up until recently, most of the editing I’ve done has been for a relatively small group of people. In any given job, I’d be editing stuff written by the same handful of people all of the time. Now, I’ll probably edit things written by 70+ different people each month, and from month to month, I only get a few repeats. As a result, I’ve started noticing patterns.
Some of these patterns are things I’ve come across with individuals I’ve tutored over the years. Seeing them as more widespread phenomena confirms my suspicions about them being barriers to good writing.
Long story short, this brings me to a few easy tips for making your writing better, based on some of the most common problems I’ve seen.

Obviously, this list isn’t exhaustive. Learning to write is easy, but it’s also a lifelong process. There’s always something you can do better. But these are easy things that anyone can do to become a better writer almost immediately.